»...Hence the auspicious choice of two imaginative young Hungarian directors, Magdolna Parditka and Alexandra Szemerédy, who together tried their hand at a fresh approach to a work that is still as progressive as ever in the way it focuses on the love rather than the adultery involved in the plot, making a case for a love not defined by social obligations and marital conventions. These themes were given a new look, emphasizing precisely this avant-garde vision.

Voices murmuring the verses written by Gottfried von Strassburg long ago are the first sound to meet our ears as the lights go down, only to fade seamlessly – as if the composer himself had called for it - into the opening strains from the orchestra, gradually building up and culminating in a spell-binding Tristan-chord. Apart from the notion of making Tristan and King Marke into fencing champions, most of the directors’ ideas are meant to bring out the inner drama of the two title characters. The symbolism is stark, simple yet gripping: contrasts of water, fire and earth, the black and white of a chess game that both can only win or lose together, offset by the red color of blood and love, light and shadows reflecting the duality of night and day, a stage lined with empty glasses during the first act, which are subsequently filled and overturned as the story unfolds. There is more, a crack in the backdrop, widens slowly but surely into huge gash, creating the illusion that the stage is about to break in two – all of this was designed to great effect, as were the costumes.«

»…very atmospheric. There were two other highlights in this production for me; firstly – and perhaps its most dramatic element – is when Tristan uses Melot’s epée to blind himself at the end of Act II. Now the lights are really out for Tristan and for the first time this makes some real sense of what he sees – or imagines he sees – during his Act III ravings. This all may be a moot point in this staging however because with the ever present grave and with a skull also clearly seen (…) that Tristan has already died.« 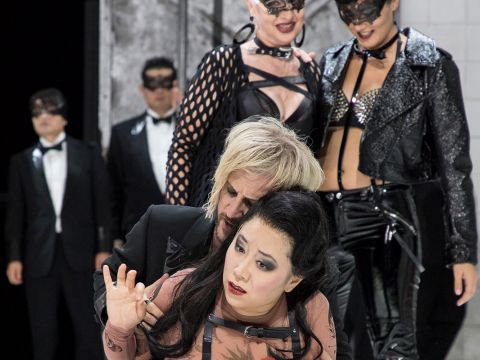 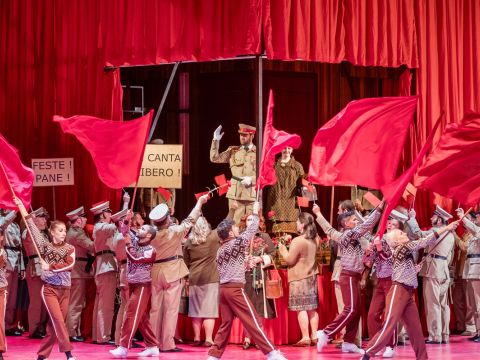 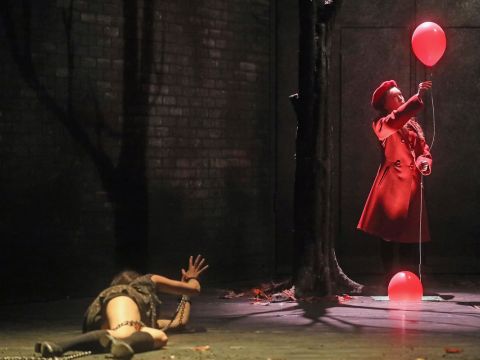 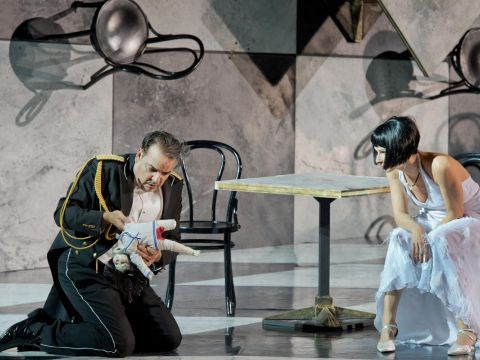 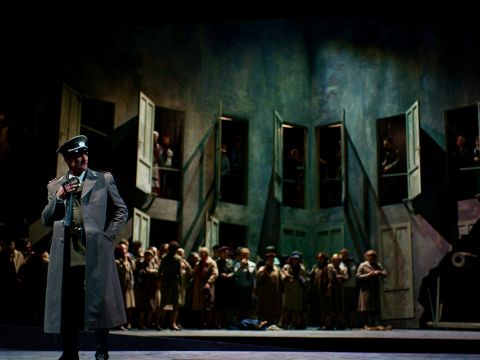 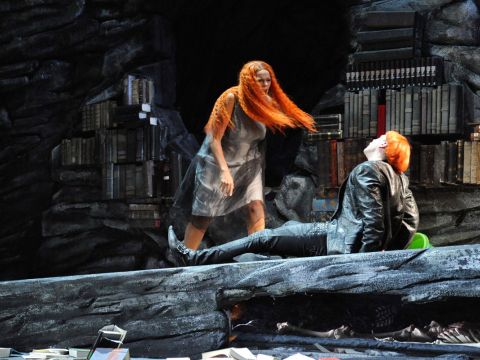 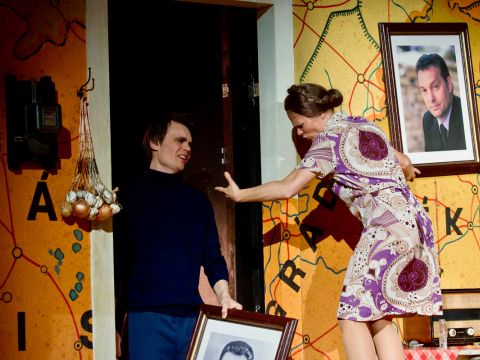 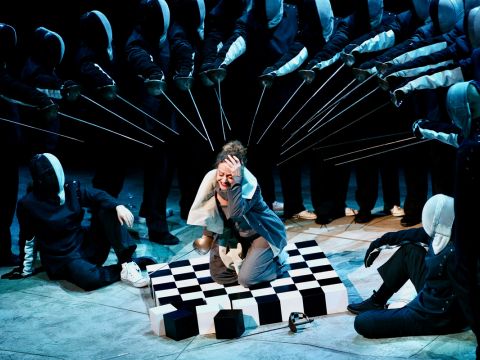